The Concept2 Model series are at the pinnacle of all the home rowers and the yardstick to which every other home rowing machine should be rated against.

All owners agree that the Concept2 Model rowers are the best on the market in terms of performance, durability, quality and stroke smoothness. If you want to take up home rowing or already do so, it should be your goal to someday have one of these rowers in your own home.

Priced at over $1000 the Concept2 Model Rowers are by no means cheap, but they tick the right boxes in every category, which makes them one of the best value home workout machines in the world. 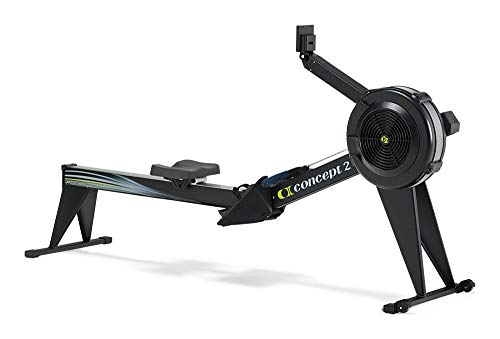 What’s the Difference Between the Concept2 Model D and Model E?

There isn’t much difference at all between the two models and overall they provide the exact same experience as each other and differ only in the following areas:

For a visual demonstration of the differences see the video below

Which Should You Buy: The Model D or Model E?

Although we have marked out 5 differences there’s only one that you really need to pay attention to, and that’s the seat height. 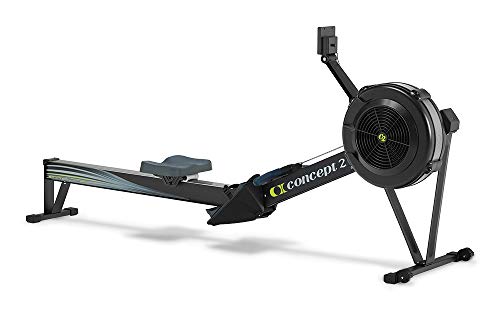 Other than the seat height there aren’t many other noticeable differences and the performance of the machines are going to be almost identical. So if you do want a higher seat and you’re willing to pay $200 more for that feature, then you’ll want the Model E over the Model D. If the seat height makes no difference to you then go for the Model D and save yourself $200 (You can read our Concept2 Model D review).

It’s rare for us to give such a high rating for price for any cardio machine over $1000 but for the Concept2 Model E rower the pricing is completely justified. If anyone thinks the Concept2 rowers are overpriced it’s because they haven’t tried them out or they aren’t seeing the bigger picture.

The Concept2 models possess a smooth and efficient stroke and are a joy and a pleasure to workout on compared to the majority of rowers. Secondly, when you pay the $1000 for the Concept2 Model rowers it isn’t just a purchase, it’s an investment in an asset that will last you a lifetime and one that will satisfy all your rowing needs.

The Concept2 Model E rower excels in its reliability also, and as we said before will most likely last you a lifetime.

What is somewhat of a surprise is the short warranty that covers the Concept2 Model E rower. It’s described as a ‘limited’ 2 year and 5-year warranty. One would assume that they mean parts and possibly labour are covered for 2 years and the frame is covered for 5 years.

Whenever you see the word ‘limited’ in a warranty alarm bells should be going off, however, since we know that users do not seem to report problems and have rowed thousands of miles on these machines without any problems, there’s no reason to be put off with their warranty.

Furthermore, Concept2 have great customer support and seem to put the customer first above all else, meaning should you come across a problem, they’ll be sure to want to put it right.

The Concept2 Model E rower is an extremely stable rower and this is emphasised by its ability to accommodate a huge 500lb user weight. In the home rower market, budget machines seem to max out at the 250lb range, whilst mid-level rowers average around 300lb. The fact that the Concept2 Model E rower can almost double those figures, highlights it’s stability and quality build.

Furthermore, it’s never much of an issue should someone find the seat of a rower uncomfortable because there are many types of cushion covers you can buy to place over the original seat to make it more comfortable.

Whilst it may make little difference how high off the ground the rower is for most people, anyone with back, knee or mobility issues which prevent them from being able to get down low, will find the higher seat position of the Concept2 Model E a good feature.

The fact that the Concept2 Model rowers are often found in commercial gyms shows that they are designed to keep even the fittest people challenged. With air resistance rowers it’s up to you how much resistance you want as it’s controlled by how hard and fast your rowing stroke is. Therefore beginners, intermediate and advanced rowers can use the Concept2 Model E with no problems.

It’s worth noting that the Concept2 Model E has a spiral damper where you can control the airflow to the wheel and hence the resistance level to some degree. It doesn’t offer the same level of resistance control as some other rowers which focus on other types of resistance, however, most other air rowers do not have this at all so it should be considered a benefit.

The Concept2 Model E Indoor Rowing machine is probably the easiest home workout machine you’ll ever put together. Considering it’s a high-end rower which is commercial grade, it’s hard to believe that it can be put together so quickly and with so little effort.

You’ll have to screw in a few bolts to get it set up, which should take you no more than 15 minutes. Paying for professional assembly would be an unwise thing to do unless you have major mobility issues which prevents you from getting on the floor.

Relative to its durability the Concept2 Model E is of a decent size. It’s not as small as some other rowers yet it’s not too big either. In addition, given that it can take up to a 500lb user weight, it still manages to be a rower which you can disassemble easily using the quick release mechanism. This helps to save space when storing.

To see how to disassemble the rower, see the above video.

If you’re still undecided which Concept2 model you’re going to buy, it’s worth pointing out that the Concept2 Model E takes up a bit more space than the Model D (particular in it’s disassembled state) because of it’s higher height off the ground.

We will look at the issue of noise on the Concept2 Model E from two perspectives.

Firstly, is there any squeaking or clicking when undertaking a rowing stroke? The answer to this is ‘no’. When you create the action of a rowing stroke the seat moves back quietly and the mechanisms are also quiet due to the solid construction of the machine.

The only noise given off from the Concept2 Model E’s is from its flywheel due to the fact that it is a rower that uses air resistance. If you’ve never been on a rower with air resistance and don’t know what it sounds like, the sound would be something similar to a large fan. Whilst the sound coming from the fan is noticeable, it’s not an overly intrusive sound, but rather something quite pleasant as you row to the rhythm of the fan spinning.

For someone who watches TV or listens to music whilst working out, you may well find that you need to turn the volume up on your device in order to hear it over the fan.

That being said for an air resistance rower, the Concept2 Model E should not be considered a ‘noisy’ machine.

The Performance Monitor 5 (PM5) is the newly updated computer that comes with the Concept2 Model E, which monitors your watts, distance, speed, time and calories burned. It also has the important capability of being compatible with heart monitoring devices and can do this wirelessly as well.

The screen is much larger than most consoles and has a nice back-lit display too.

Should I Buy the Concept2 Model E?

The answer is simple. If you have the money available then yes you should. The only thing you may want to consider is whether you want the Model D or the Model E although the differences are extremely small apart from the seat height. Once you’ve made the choice between the two models the hard work has been done.

At over $1000 the Concept2 Model E Indoor Rowing machine is a much higher price than most home rowers, however, it’s rare to be able to have the luxury of having a commercial grade machine in your own home for anything close to that price.

If you want a rowing machine that you trust in all areas, in terms of durability, quality, reliability and customer service, not just in the near future but for a lifetime then there is no better indoor rowing machine out there than the Concept2 Model E.

If you buy it you won’t be disappointed.